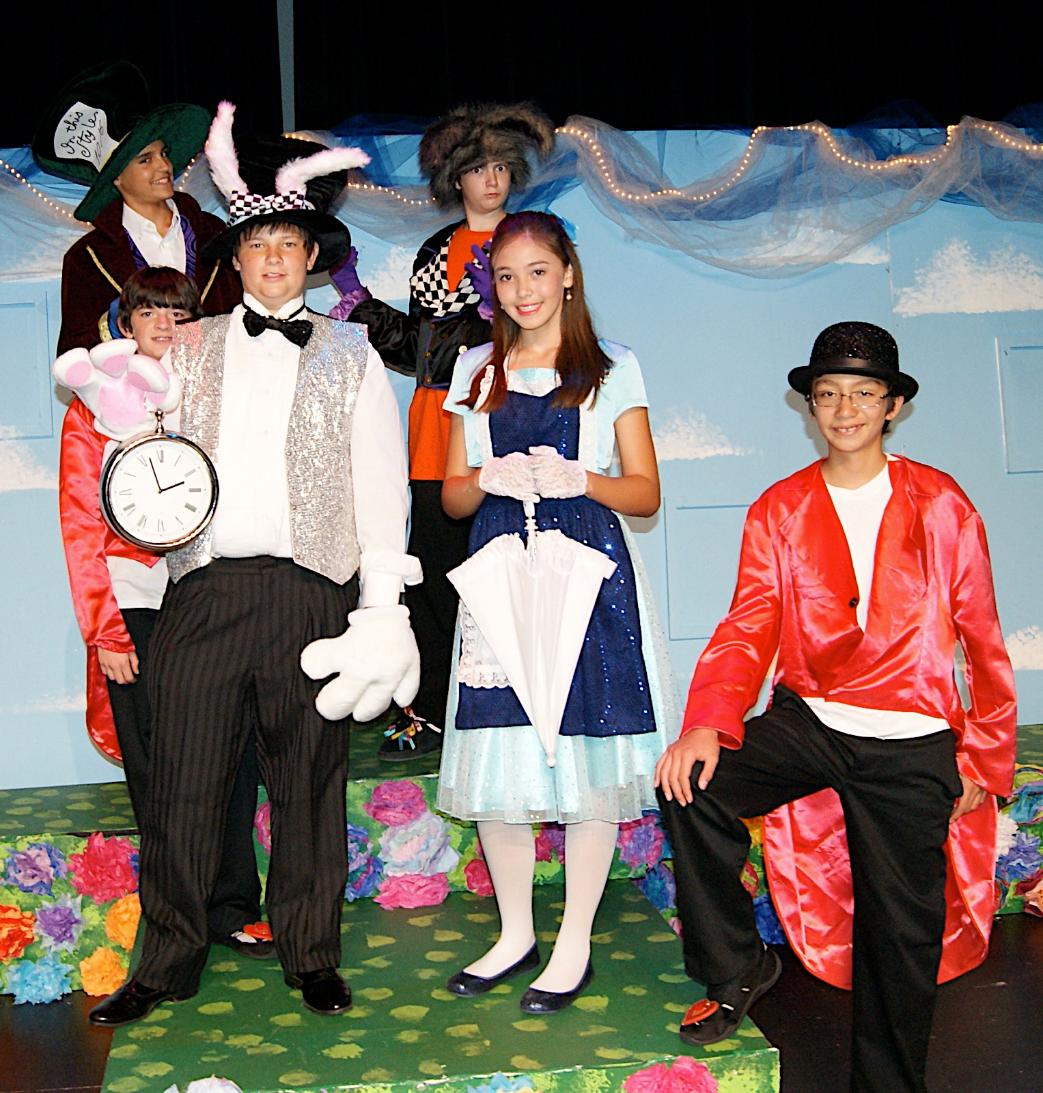 Don’t be late for this very important date! Come enjoy Alice’s madcap adventures in “Alice in Wonderland Jr.” presented by Millhopper Montessori’s 1st-8th graders. – a  cast of over 90 students. After falling down the rabbit hole, Alice chases the White Rabbit, races the Dodo Bird, gets tied up with the Tweedles, takes on the snooty Girls of the Golden Afternoon, raps with a bubble-blowing caterpillar, has an Unbirthday Party with the Mad Hatter and March Hare and beats the Queen of Hearts at her own game. The cast is full of wonderfully wacky characters including nine Cheshire Cats! This fast-paced stage adaptation of Alice in Wonderland features updated dialogue and new arrangements of such classic Disney songs as “I’m Late,” “The Unbirthday Song,” and “Zip-A-Dee-Doo-Dah.”

Ms. Anita’s first and second grade class opens the show with children playing in a park in which Alice and Mathilda are enjoying an afternoon of reading and dreaming. A girl in a white raincoat frantically tries to get her watch to work, two children show off an elaborate handshake, some kids are busy playing a card game, while others have a tea party and blow bubbles. Mr. Richard’s second, third, and fourth grade class enter the stage and become the first set of zany Wonderland characters, as well as the first three Cheshire Cats. Join them as the go tumbling down the rabbit hole and nearly drown in an ocean of tears. Follow that White Rabbit!

Alice’s adventures continue with Ms. Tina’s fourth and fifth grade class, as she meets Tweedle Dee and Tweedle Dum, the Dodo Bird, Rock Lobsters, three more Cheshire Cats and other wacky characters. The audience is drawn further into Wonderland as Ms. Sherilyn’s sixth, seventh, and eighth grade class brings to life the Mad Hatter, the Queen of Hearts, the March Hare, flowers with an attitude, and the last three Cheshire Cats.

To discover how Alice copes in this wacky Wonderland, join us Friday, June 4th at 5:30pm at PK Yonge’s Performing Arts Center.  Maybe they are, after all, just a pack of playing cards! 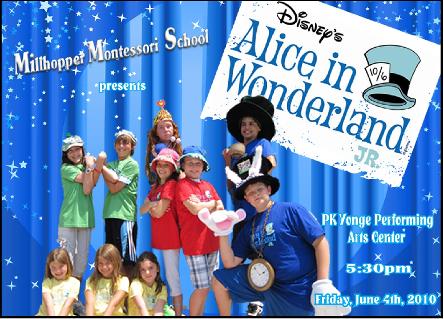